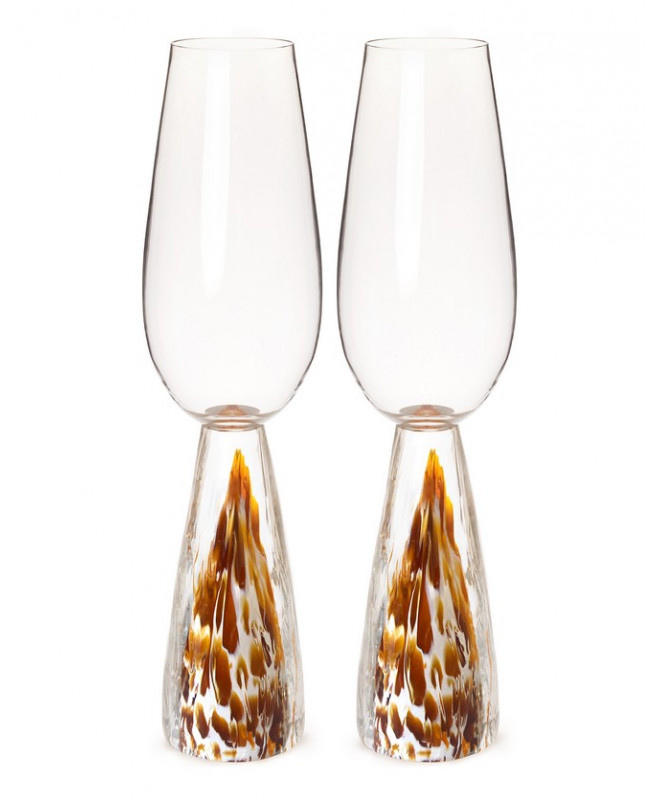 The internal white core of these articles derives from the traditional macia (macchia) technique, which was employed during the 18th century for the production of the Murano glass chandeliers.  The chromatic effect is the result of the fusion of fragments of glass wrapped around the pea (the initial glass core found in every hollow glass object). The Murano macchie (stained glass), characterised by well-defined contours, in this series have been stretched, blended together, broken down and cut.  This effect is created by stretching as much as possible the pea in the exact moment where the stains are starting to form – a few brief seconds during which normally the fragments settle in. After having been stretched and extended, the extremity of the pea becomes the part where the deformation of the macchie (stains) is more evident, and the part that, once cut out from the rest, is used as material for the production of these articles. The external Murano crystal, in which the pea is then soaked, is arranged, like a protective shell, on different layers. The crystal confers more practicality and strength to the softer internal white glass, whose design on the chandelier was envisioned as an object to be seen from afar but never touched. The irregular surface of the crystal, which is modeled by hand, recreates lavish and elegant shades and glows.